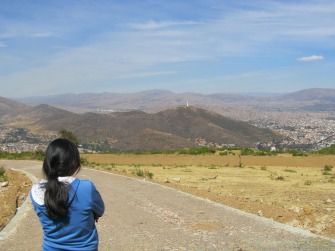 To eat homemade rice or to get restaurant takeaways

To speak in English or to falter in mother tongue

Unable to decide, between two cultures, she hung

Wow! Those moments were surreal. I pinched myself to check if it was a dream. No. It wasn’t. END_OF_DOCUMENT_TOKEN_TO_BE_REPLACED

Do you have a love story?

Well, I have one.

I’m an ardent, an unwavering and a loyal lover of food. Sometimes I think the only thing worthwhile is cooking a nice tasty meal and to eating it to my heart’s content.

One year back, when I moved to the United States, my passion for food reached new heights. I am a vegetarian and not all the restaurants in the United States have exotic vegetarian entrees. My first opportunity to enjoy American food was at IHOP.I had heard they served a good pancake breakfast something I had not had before. Therefore, one fine morning, I went to IHOP for their “Strawberry Banana Pancakes”. END_OF_DOCUMENT_TOKEN_TO_BE_REPLACED 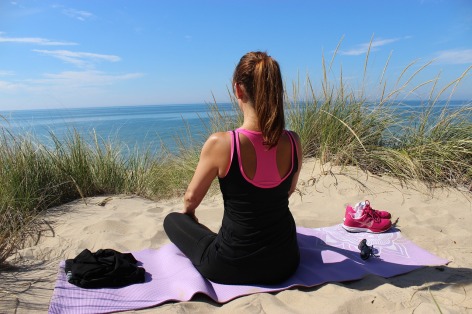 How do you feel when you have to learn your native language from a foreigner in a foreign country? Overwhelmed? You may also feel a bit jealous about the other person who knows the language which you should have known in the first place. Isn’t it?

That’s how I felt when I, an Indian, went to Yoga classes in America. Occasionally, I used to do Sun salutations in India, but I never learned it in any specific course. I just practiced it seeing my dad and some of my relatives doing Yoga regularly. When I moved to United States, I got some free time and that’s when I thought I would enroll in a Yoga class which was taught in a nearby fitness center.

It was the first day of the class.  I arrived at the classroom 10 minutes before the scheduled time. Already there were a lot of people waiting in front of the room where Yoga was taught. The door was closed which meant the previous class wasn’t yet over. As I stood in the line, I studied the people. It was a diverse group. Some were in their early 20’s and some were in their early 60’s, some were very slim as if they can bend any part their body and some were so overweight that I wondered how they would be able to do the Yoga poses. Seeing them, I got confidence. If they can do it, I can easily do it.

The door opened and the students from the previous class came out looking exhausted. Each of them was dumping 1 or 2 towels drenched in sweat, into the bin outside the door. Not a good sign. Should I turn back and go home? I was confused about what I should do. Just then, my Yoga instructor arrived and I had no choice except to go into the classroom. The room was dimly lit, giving the perfect ambiance for a relaxing session.  I immediately introduced myself to the instruction who was a slim, cheerful lady in her early 20’s. I mentioned her that I was coming to that class for the first time and asked her to help me out. She assured me that everything would be fine as long as I  did the poses which were comfortable to me without hurting myself. That sounded like a great advice. I could do whatever I was able to do.

The next one hour exceeded my expectations. I was able to do more than half of the poses comfortably, may be due to the practice that I had as a kid.  For the other half poses, I struggled because I was unsure of what the Instructor was saying. Obviously, she was an American and when she was describing the pose in a fast American accent, I was not able to follow her completely. I cursed myself for not  watching more Hollywood movies ( I heard it was one of the best ways to learn American accent).  I was the only Indian in a class of 30 students.  I felt ashamed of myself for having to learn an Indian practice from a foreigner. Alas, I couldn’t do anything. I shouldn’t be thinking about all those in the class because the crux of Yoga is to attain control over mind and body. So, I started concentrating on the poses, my breath, and the fast American accent.

After the last relaxation exercise (Savasana), when we all sat cross-legged, the instructor held her hands together and bowed saying ‘namaste’ . Wow.!! Namaste is an Indian word and it is customary greeting when people meet or depart. Immediately, I wanted to say that ‘You have a strong American Accent. Namaste should be told in a soft, smooth Indian accent’. I controlled my instinct and said ‘namaste’ with a smile. After all, the instructor deserved a salute for learning and teaching a practice which was foreign to her. Hats off to all the foreigners who practice Yoga!

I'm an indie author,a former IT professional, a toastmaster, and a book worm. Above all, I am an eternal optimist who wants to spread good cheer.

© Jahnavi Chintakunta and jahnavichintakunta.wordpress.com,2014-2016. Unauthorized use and/or duplication of this material without express and written permission from this blog’s author and/or owner is strictly prohibited. Excerpts and links may be used, provided that full and clear credit is given to Jahnavi Chintakunta and jahnavichintakunta.wordpress.com with appropriate and specific direction to the original content.

You can also see me at